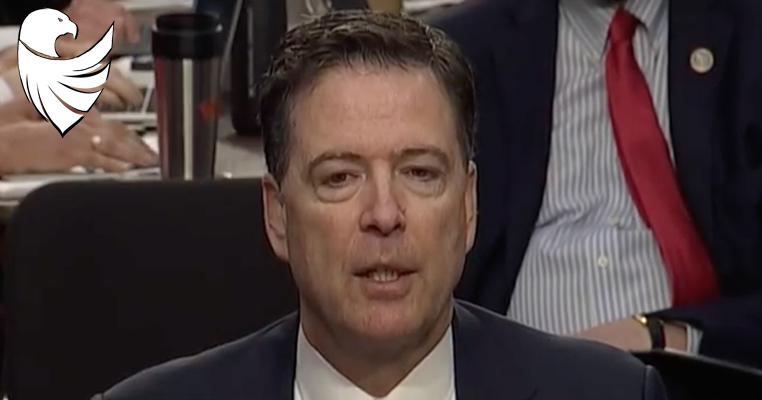 The organization declared “The American people deserve to know the truth” and is seeking every email and electronic message regarding what they believe was a “spy” Comey has planted to the White House to use against Trump.

Since James Comey was fired as director of the FBI, he’s repeatedly lashed out at his former boss, President Trump.

But it’s what he did before he was fired that interests the American Center for Law and Justice.

The legal team, through the Freedom of Information Act, is seeking every email, memorandum, brief and electronic message regarding a “spy” Comey dispatched to the White House and apparently used against the president.

“We will find out exactly what Comey was up to and bring it to light. And we’re prepared to go right back to court against the FBI Deep State in order to expose the truth, defend the Constitution and our rule of law, and once again defeat the Deep State. We will keep you updated as this case progresses,” ACLJ said Friday.

“The American people deserve to know the truth.”

Comey is one of the more prominent names in Barack Obama’s administration who have been linked to an apparent weaponization of government power to defeat Trump in the 2016 election and undermine him after his improbable victory.

The Justice Department is reviewing the origins of Obama administration’s investigations of Trump and the new debunked allegation that he colluded with Russia to win the election.

Special counsel Robert Mueller found no evidence of collusion or conspiracy and declined to refer obstruction of justice charges.

ACLJ said the “spies in the White House, planted by a corrupt FBI director, to sabotage a sitting U.S. president” may sound like a movie script, but “it really happened, and we’re taking action to find out how, why, and what they said.”

The legal team said Comey, before he was fired, “reportedly conducted his own ‘covert operation’ against President Trump by inserting FBI agents – spies – inside the White House. Their job was to secretly collect information and report back to Comey’s office.”

“Since his firing by President Trump, Comey has tried to present himself to the American people as a victim worthy of sympathy. Especially as he peddled his book. But now information has come to light that seems to expose the real James Comey to be a deceptive schemer against the Trump administration,” ACLJ said. “Comey repeatedly told the president, on at least three occasions, that he was not the subject of an investigation.”

But the reality was something else.

“Even as he repeatedly assured Trump that he was not a target, the former director was secretly trying to build a conspiracy case against the president, while at times acting as an investigative agent,” ACLJ said.

“Two U.S. officials briefed on the inspector general’s investigation of possible FBI misconduct said Comey was essentially ‘running a covert operation against’ the president, starting with a private ‘defensive briefing’ he gave Trump just weeks before his inauguration. They said [DOJ Inspector General Michael] Horowitz has examined high-level FBI text messages and other communications indicating Comey was actually conducting a ‘counterintelligence assessment’ of Trump during that January 2017 meeting in New York.”