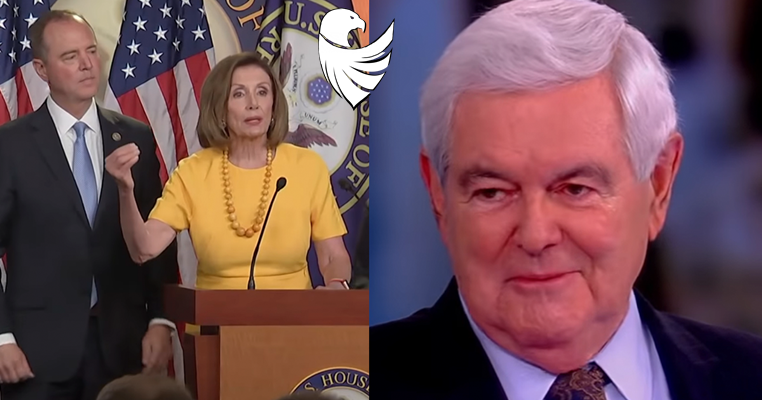 Former Speaker of the house Newt Gingrich tweeted that he believes “when all the dust settles”the 2020 election  is going to be a disaster for the Democratic-Socialist Party.”

Gingrich believes it will be the Democrats’ “emphasis on investigation over legislation” that will “lead to Speaker McCarthy and a Republican House in 2021.”

I agree with President Trump that when all the dust settles the 2020 election is going to be a disaster for the Democratic-Socialist Party and its emphasis on investigation over legislation and will lead to Speaker McCarthy and a Republican House in 2021.

Newt also tweeted a clip of his recent appearance on Fox and Friends.

Conservatives responded by saying they pray Newt is right.

Praying to God you're right.

We will pray for it

Liberals were not in agreement.

@newtgingrich that spin only works on people who are gullible. You are not fooling anyone. @GOPRepublicans called @TheDemocrats #Socialist in the 30s when #FDR unveiled the #SocialSecurityLaw and got elected president 4 times. #AmericanHIstory

← VIDEO: Newt Gingrich “The Left is in no way running a fair impeachment process” ← VIDEO: Romney Attacks Trump on Senate Floor for Withdrawing US Troops from Syria