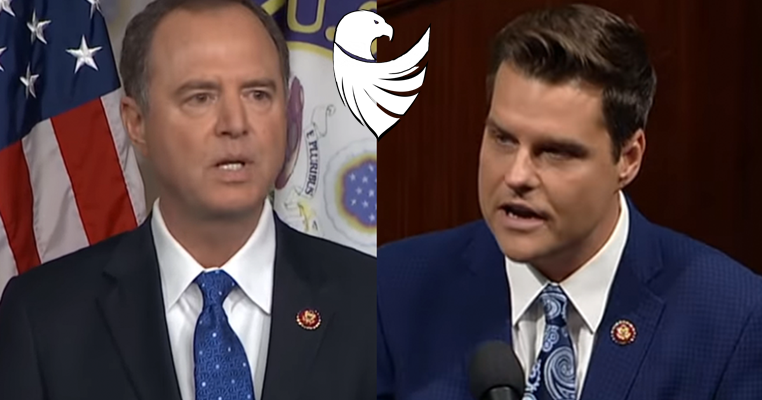 Rep. Matt Gaetz has caused a stir on Twitter by releasing a video that includes the audio of House Intel Committee Chair Adam Schiff seeking dirt of Trump from men posing in a prank as Ukranian officials.

Ironically, Schiff is now beating the impeachment drum based on Trump’s similar actions

Gaetz wrote in the tweeted video “Rep. Adam Schiff is a hypocrite.”

.@RepAdamSchiff is a hypocrite. pic.twitter.com/LFbGFBUG6r

If you’ll recall from February of 2018, one of the radio hosts posed as a Ukrainian official who had information damaging to Trump, and was willing to share it with Schiff. Gaetz is smart to bring this up now, with Schiff working hard to impeach Trump for a phone call in which he didn’t actually pressure Ukrainian President Volodymyr Zelensky into investigating Joe and Hunter Biden. With impeachment fever hitting triple digits in Washington (less so in the rest of the country), it’s important to remember three things:

• Zelensky said his phone call with Trump was friendly, involved no pressure, and that virtually all the major news organizations clipped 540 words out of the middle of their conversation to make it appear otherwise.

• Joe Biden bragged about pressuring Ukraine into firing an investigator looking into his son Hunter, by threatening to withhold a billion dollars worth of aid.

• Schiff himself is no stranger to making stuff up, then claiming it was just a prank when he got caught.