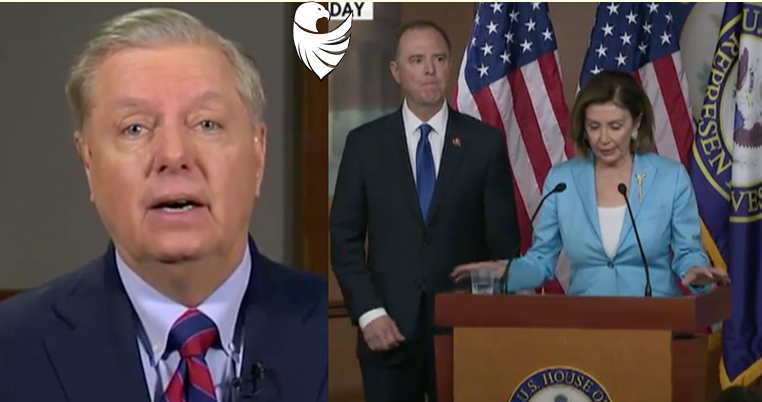 The letter, which was signed by Andrew P. Bakaj, the whistleblower’s lead attorney, pointed to Trump’s call last week for “the person who gave the whistleblower the information” to be publicly identified.

It said the president’s remarks were among the events that “have heightened our concerns that our client’s identity will be disclosed publicly and that, as a result, our client will be put in harm’s way.”

A second unidentified whistleblower was confirmed Sunday morning, reportedly with firsthand information to support some of the allegations another whistleblower made in a complaint filed in August regarding a July 25 phone call between Trump and Ukrainian President Volodymyr Zelensky. Graham said that if Democrats follow through on their desire to impeach Trump, he will make sure that the whistleblowers will have to come forward and testify.

“Here’s what’s going to happen: if the whistleblowers’ allegations are turned into an impeachment article it’s imperative that the whistleblower be interviewed in public, under oath, and cross-examined,” Graham told Fox News’ “Sunday Morning Futures,” promising that “if that doesn’t happen in the House, I’ll make sure it happens in the Senate.”

Graham pointed to the need for Trump to be able to confront his accusers, saying, “There can be no valid impeachment process unless the president can confront the witnesses against him.”

The complaint accused Trump of using military aid as leverage to pressure Ukraine into investigating Hunter Biden’s business dealings with Ukrainian energy company Burisma Holdings, and former Vice President Joe Biden’s efforts to have Ukraine fire the prosecutor who was investigating the firm.

“I think it’s ridiculous to say the president did something wrong based on the phone call,” Graham said, adding that Trump did not suggest any quid pro quo tying the military aid to the Biden investigation, which was being spearheaded by Trump’s personal attorney Rudy Giuliani.