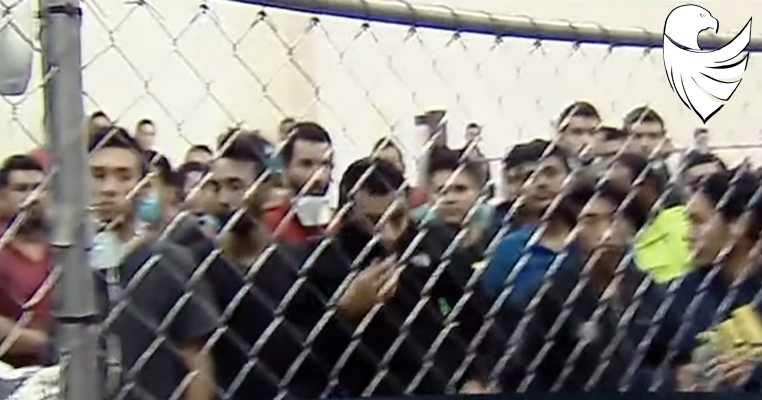 Per CBS, The Trump administration is planning to expand the collection of DNA samples from detained migrants.

DNA testing is delivering results as a way to protect kids and combat smugglers who are taking advantage of our immigration system. Read my op-ed about the program’s success.

DNA testing is delivering results as a way to protect kids and combat smugglers who are taking advantage of our immigration system. Read my op-ed about the program’s success. @realDonaldTrump https://t.co/gv585Jp6Fl

Per PBS, faced with the prospect of long waits in detention centers before being able to contest deportation orders, an increasing number of undocumented immigrants are choosing to leave the U.S. “voluntarily”.

From 2017 to 2018, the number of applications for “voluntary departures” doubled, reaching a 7-year high.

The Hill reports the Trump administration is planning to begin collecting DNA samples from detained immigrants to be entered into a national criminal database.

Senior officials at the Department of Homeland Security told reporters in a conference call Wednesday that the Justice Department was readying a federal regulation that would grant immigration officers the power to collect DNA samples in federal detention facilities that are holding over 40,000 people, according to The New York Times.

The policy will mark a significant expansion of the use of an existing database maintained by the FBI which has mostly been limited to holding genetic data collected from people who have been arrested, charged or convicted in connection with serious crimes. Officials would be allowed to collect DNA from children as well as migrants at legal points of entry who are seeking asylum.

The change sparked concern among immigration and privacy advocates who say the policy could further endanger immigrants, many of whom already face profiling or discrimination.

“That kind of mass collection alters the purpose of DNA collection from one of criminal investigation basically to population surveillance, which is basically contrary to our basic notions of a free, trusting, autonomous society,” Vera Eidelman, a staff lawyer with the American Civil Liberties Union’s Speech, Privacy, and Technology Project, told The Times.

← VIDEO: Trump Doubles Down, Says “China should start an investigation into the Bidens” ← Fletch Daniels “Why President Trump Is Likely to Win the Rust Belt in 2020”