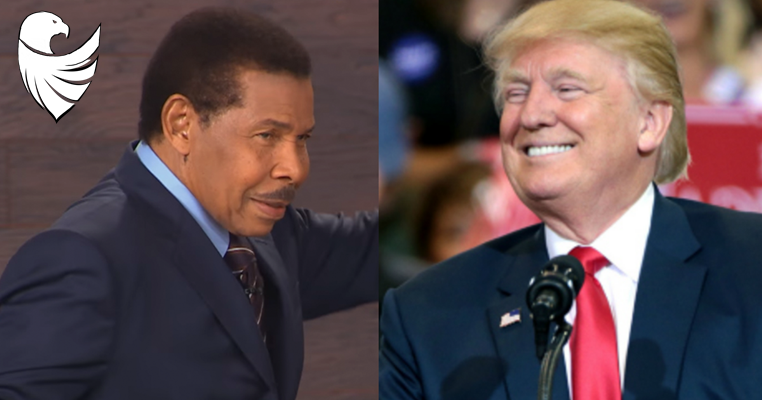 Noting that around 1,700 people have been released from lengthy prison sentences and “right into a job,” Dr. Winston also pointed out that law enforcement officials are now working to “bring financial literacy” into some of America’s worst prisons.

“It is because of what you set up with the economic environment,” Winston said to Trump, explaining that the rapid growth of the US economy lead to new jobs, prompting employers to be able to hire Americans whose lives would have been thrown away forever.

Dr. Bill Winston shared how President Trump's economy and criminal justice reform are working in tandem. Results, results, results!!!! A new concept to slow folks. Thanks to Trump in just 2years what was deemed impossible is now tangible and realized. #BlacksForTrump2020 pic.twitter.com/mJatPqA3Vp

Productive meeting with inner city Pastors at the @WhiteHouse! These Pastors have put their faith to work in their own communities, revitalizing inner cities and delivering positive results while working with President @realDonaldTrump on so many important initiatives.

Conservatives and Trump supporters reacted, with many pointing out that the mainstream media, while repeatedly accusing the president of “racism,” has largely failed to cover these developments.

But he’s a “racist” so says the Left!

Great president of US !

All it takes is to education, teach skills to give others a chance.

🇺🇸Be the Town cryer and ring the Bell to Cummings and other Dems who play head games with the racist card ! No other President has done as much ? Have they ? Think about it ?

Thank you President Trump for all you do!

Chills.. Thank you president Trump, and everyone working hard to make this happen. Makes me believe anything and everything is possible when you work with others to lift people up. We all win with President Trump. #KAG

Thank you for saving America Mr. President! I’m Civil Engineering Tech. and I will be voting for you in 2020 from Louisiana 🇺🇸

Why is this sound bite not on every single news broadcast nation wide? I know the answer, but still wish to pose the question! @CNN @MSNBC @ABC @CBSNews @NewsHour @NBCNews This is BIG NEWS! News that matters to Americans! Tell me WHY you're not covering this!