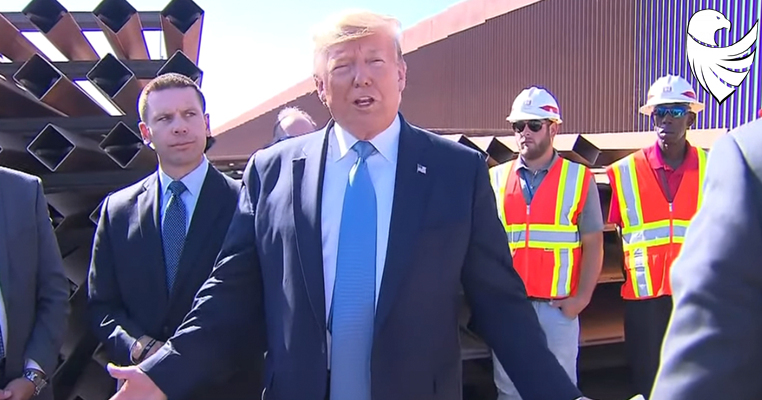 Trump was asked to sign the Border wall and obliged.

BREAKING: President Trump was just asked to sign the Border Wall, and of course, he did…

"Sir, there could be some merit in not discussing that." pic.twitter.com/dw3H3d3Znk

Trump, speaking to reporters, said people trying to enter the U.S. would not be able to scale the fence because it is designed to absorb heat.

“You can fry an egg on that wall,” he said during his stop in the San Diego neighborhood of Otay Mesa.

A construction worker told Trump it is tradition for visitors to sign the wall. The president obliged.

Trump, who faced criticism earlier in his presidency for shifting positions on how he thought the border barrier would be designed, used some of his most forceful language yet to defend the “bollard fence” design that also had been used during President Barack Obama’s administration.

“This is the one that was hardest to climb,” Trump said.

Trump claimed “20 mountain climbers” were tasked with trying to scale the structure to test its effectiveness. But, he said, “this wall can’t be climbed.”