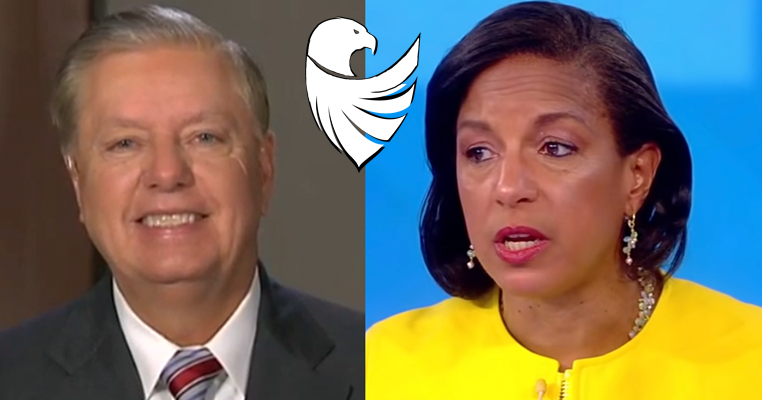 Graham likened taking her advice to asking a “sumo wrestler for diet advice.”

During an interview with NPR, Susan Rice called Trumps withdrawal from Syria a “self-inflicted strategic catastrophe”

Consulting an ex-Obama official for foreign policy advice about Syria would be like asking a “sumo wrestler for diet advice,” said Sen. Lindsey Graham, R-S.C., on “Fox & Friends,” Monday.

“These are the last people that should be commenting,” Kilmeade said.

“It would be like going to a sumo wrestler asking for diet advice,” Graham replied. “The last person I would talk to would be anybody from the Obama years.”

Graham claimed the major difference between Trump and former President Barack Obama is Trump’s willingness to course-correct. Graham said Obama’s level of arrogance was off the charts and led to follies that ended up hurting the country.

“Here’s the difference between Trump and Obama: Trump will change his mind and adjust,” he said. “Obama was smarter than everybody in the room. He knew everything about every topic. He blew it when it came to Syria. We had [Bashar al] Assad on the ropes. He let Russia and Iran come in to bail out Assad. He abandoned the Syrian democratic forces.

“Here’s what President Trump is going to do” Graham added. “He’s going to partner with the United States Congress — R’s and D’s and we’re going crush [Turkish President Recep Tayyip] Erdogan until we stop the bloodshed. We’re going to drive him out of Syria. We’re going to reset the table.”