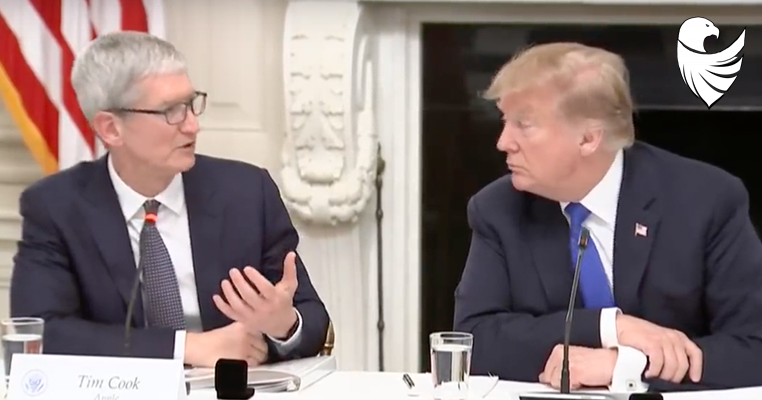 According to new reports, Apple CEO Tim Cook recently signaled his intent to keep production of the Mac Pro line of computers in the United States, after some believed he intended to outsource production to China.

The move comes following increased pressure from President Trump, who recently took to social media to make it clear that the tech giant would not receive any form of immunity from newly-imposed tariffs on Chinese-made products.

“Apple will not be given tariff waiver, or relief, for Mac Pro parts that are made in China,” Trump said on social media last week, adding, “Make them in the USA, no tariffs!”

Apple will not be given Tariff waiver, or relief, for Mac Pro parts that are made in China. Make them in the USA, no Tariffs!

When asked, Cook definitively confirmed that the production of his company’s computers would remain in the USA.

Apple CEO Tim Cook said Tuesday that he wants to keep making the Mac Pro computer in the U.S., following widespread speculation that the company would move production to China.

The announcement is an apparent win for President Donald Trump, who said this month that Apple wouldn’t receive a waiver from impending tariffs that would hit Chinese-made components used in the assembly of the desktop hardware.

“Apple will not be given Tariff waiver, or relief, for Mac Pro parts that are made in China. Make them in the USA, no Tariffs!” Trump tweeted last week.

Cook’s comments came during an earnings call Tuesday when he was asked if Apple would move Mac Pro production overseas in response to the tariffs.

His comments follow a report in June that cited anonymous sources saying that the 2019 Mac Pro will be assembled by Quanta Computer in China. Previous versions of the hardware were assembled in Texas.

China expert Gordon Chang recently told Breitbart that a move to China was “unbelievable,” adding “Apple has told us which side it’s on.”

Trump indicated on Friday that Apple would keep Mac Pro assembly in the U.S., telling reporters: “A man I have a lot of liking for and respect is Tim Cook, and we’ll work it out, I think they’re going to announce that they’re going to build a plant in Texas, and if they do that I’m starting to get very happy.”